Cultivator mod. COMBI-POLARIS is generally used in vineyard in-rows for soil decompaction, which is generally due to tractors treading.

Soil compaction can indeed lead to more frequent water stagnations and consequent asphyxia of the vegetative root system. COMBI-POLARIS, thanks to the two blades placed on the POLARIS cultivator, enables to perform also an effective in-row weeding.

The main advantage of this machine is that, by means of a lever system placed on the frame, it is possible to exclude the central shanks with an easy hydraulic movement. In this way, it is possible to keep on working in the in-row on both sides and, only if required, also on the center of the row.

In fact, the practice of working the center on alternate rows is definitely spreading increasingly. COMBI-POLARIS makes this kind of operations much easier and faster. 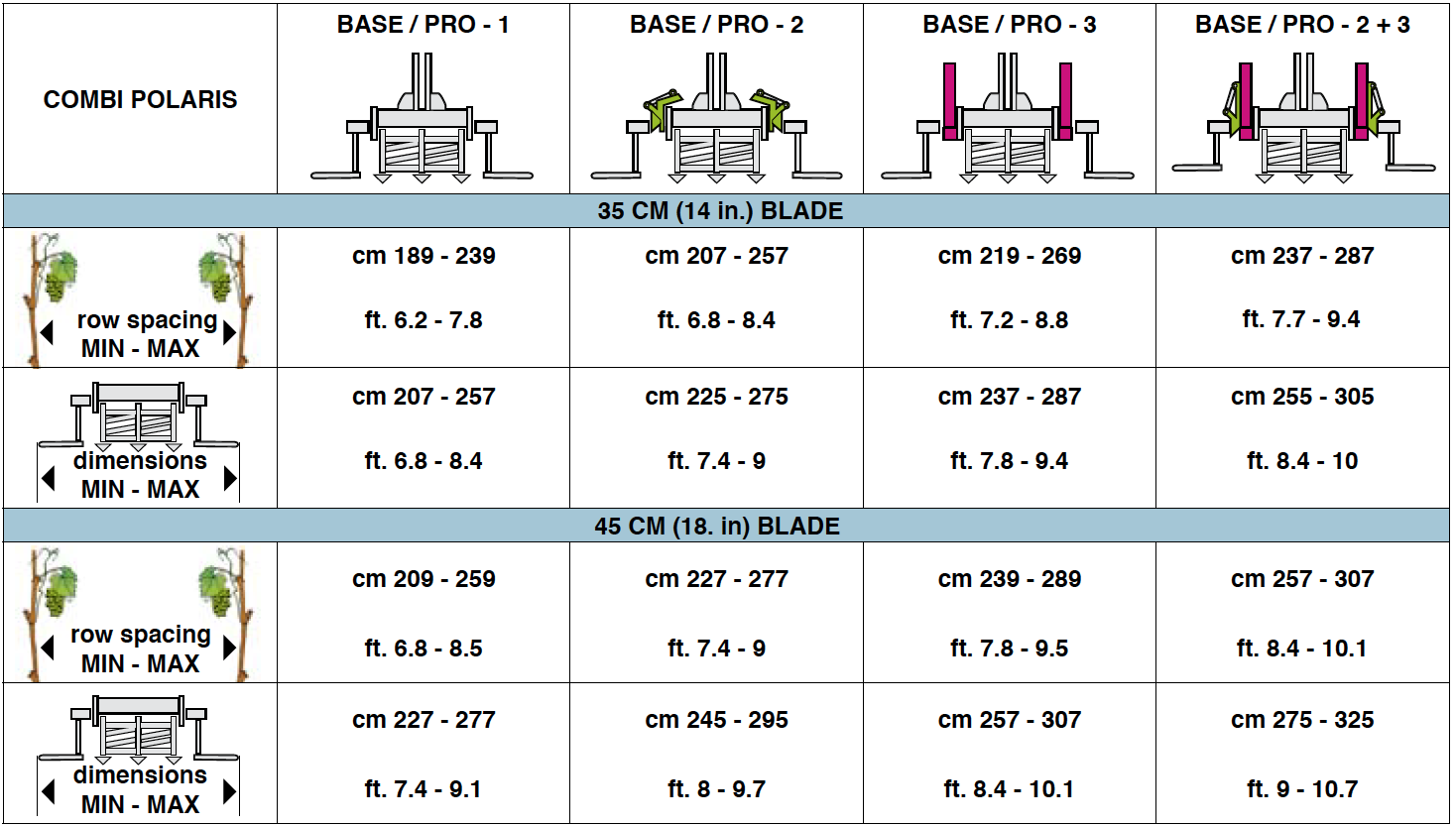